Simulation and Verification of Synchronous Set Relations in Rewriting Logic 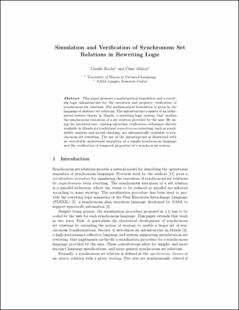